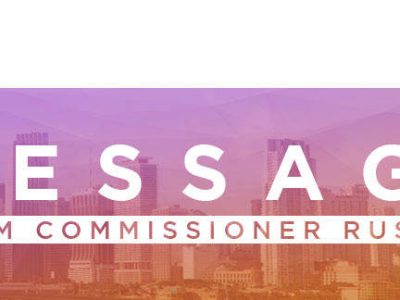 Biscayne Bay is in trouble, as evidenced by this summer’s massive fish kill, algae blooms the previous year, and the die off of sea grasses over several years. The City of Miami is taking the issue seriously. Biscayne Bay is the lifeblood of our economy and quality of life. We cannot let hurting the bay be just a cost of doing business.

Yesterday, legislation I proposed to strengthen the city’s ability to hold contractors accountable for any pollution they produce that impacts the city’s waterways passed on first reading. The new legislation would give the administration more authority to issue stop work orders, issue fines and deny new permits for projects that discharge illegally into the city’s storm drains or waterways. The legislation will require a second reading on Oct. 22 to become final.

The fish die-off this summer was a huge wake up call for this community, although the warning signs have been increasing for many years that Biscayne Bay is nearing a tipping point. There is no one source of pollution – besides construction sites, it also comes from aging septic and sewer systems, chemical runoff from lawns and other sources. But we have to get serious about tackling and eliminating any sources getting into the water.

Previously, the City Commission has supported legislation I proposed banning the use of certain herbicides on city property and banning fertilizer use throughout the City during the rainy season, when chemicals run off into the rivers and bay. The City has also invested in additional water quality testing and special equipment to scoop unwanted debris out of waterways, and added tackling septic tanks to the City’s legislative agenda.